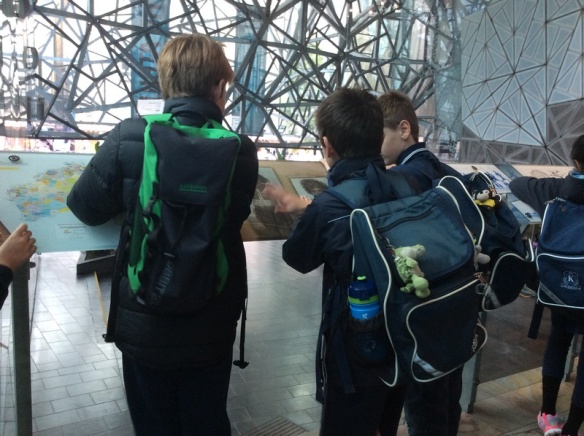 Last week, the Year 5 and 6 students traveled into the city to become explorers for a day as part of our History Inquiry unit. We have been looking at the Colonial period of Australian history and exploring how history can be told from different perspectives. END_OF_DOCUMENT_TOKEN_TO_BE_REPLACED

Hands up anyone who can tell me what NAIDOC stands for? Hmm…that’s what I thought! 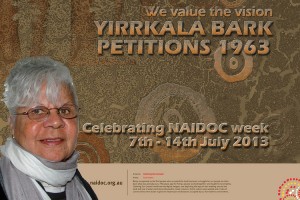 NAIDOC week is coming up and I thought it would be a great opportunity to talk with KPS teacher, Shelley Ware. Shelley used to run our library and now teaches the Literacy Intervention program two days a week, and Grade 6, one day a week.

What many of you probably don’t know is that Shelley is a proud Yankunytjatjara and Wirangu Aboriginal woman from South Australia. 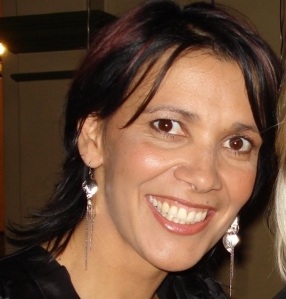 Shelley, what is NAIDOC week?

NAIDOC week is a week to celebrate the history and culture of the Aboriginal and Torres Strait Islander people of our nation. This year NAIDOC week is celebrated from the 7-14th July and there are activities all around Australia and all Australians are encouraged to get involved.

The theme this year is: We Value the Vision: the Yirrkala Bark Petitions, 1963. Can you tell us about that?

It’s the 50th anniversary since the Yolngu people of Yirrkala in north east Arnhem Land sent two bark petitions framed by traditional ochre paintings of clan designs to the Australian House of Representatives. They were protesting the granting of mining rights and sought recognition by the Australian Parliament of the Yolngu people’s traditional rights and ownership of their lands.

And why was this so important?

So much has come from these Yirrkala Bark Petitions. They were the catalyst for advancing changes to the Constitution in the 1967 referendum, for land rights granted by the Commonwealth in 1976, the High Court Mabo case in 1992 and, most recently, the drive to have Aboriginal and Torres Strait Islander people recognised in the Constitution. 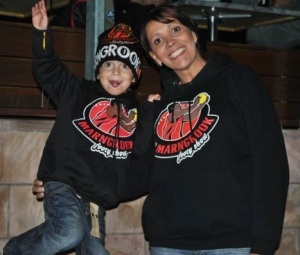 What does NAIDOC week mean to you and your family?

NAIDOC week has always been special and important to me and my family as it’s a time to stop in this busy world we live in and really celebrate being Aboriginal and all the beauty of my people. Now with my gorgeous six year old son Taj, I love to pass on my pride and all our stories. He is literally bursting at the seams with love and pride for his culture and that makes me confident about the future of our people.

How can people celebrate NAIDOC week with kids?

There are lots of fun things you can do with kids to celebrate NAIDOC week: read a dreamtime story, create your own Aboriginal Art, visit a local Indigenous sites, find out about traditional owners of your local area or listen to some Indigenous music. 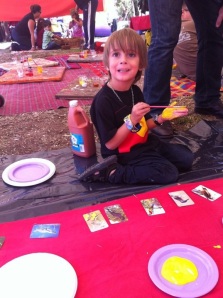 A fun thing my son and I do every year is the free Collingwood Children’s Farm NAIDOC week celebration. It’s on Thursday 11th July and goes for the whole day: there’s boomerang making, traditional dancers and stories and damper making around the fire. 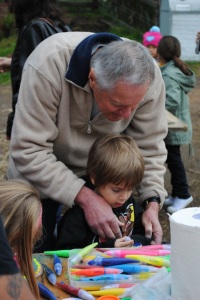 These posters were used to advertise National Aborigines Week in 1982. Can you tell us about them? 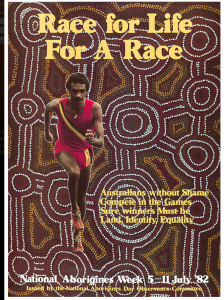 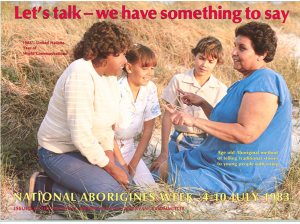 My father Bob Ware (deceased) was a very prominent leader and well respected Wirangu Elder. He was a professional runner who at one stage was the fastest man in Australia. My dad was asked to be on the poster and so were my brother Aaron and I the following year.

My dad was instrumental in many Aboriginal land rights issues. He was hands on, going to Parliament and changing laws, visiting the Queen to ask her personally to clean up Maralinga, photographing and documenting our stories.

My dad was also the first Aboriginal police officer; actually the list of ‘firsts’ he achieved is long. He was a quiet achiever, only spoke when words needed to be said. He never raised his voice but he was heard.

When he passed away, people of all walks of life, from the Premier of South Australia, to the secretary he taught to read and write on the job, spoke at his service to say how happy and thankful they were to know him.

He was a father to admire and love and he had a laugh that made you giggle for hours. What my father achieved for Aboriginal people in his short 50 years is a whole other blog.

My dad is who I look up to, and I hope that one day I will do for my people what he did for us.

Thanks for sharing those great stories.

You can check out the internet for other activities during NAIDOC week or look at the official NAIDOC site: http://www.naidoc.org.au