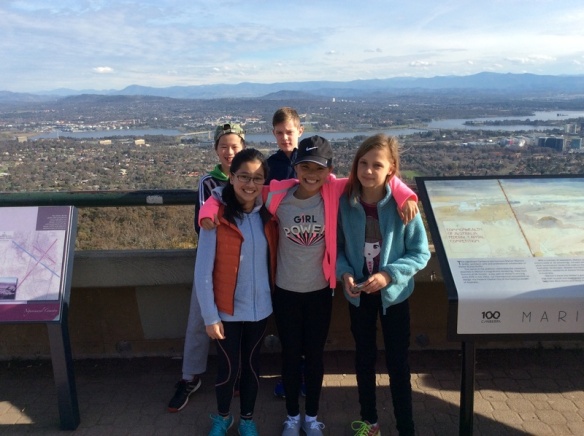 Thank you to Year 6 students, Taiyo, Eddie and Max for their thoughts on their final year at Kew Primary and some of the things that have changed at the school since they started Prep.

As the end of the year draws closer, there have been many fun times that we have experienced at Kew. Such as a Canberra camp, the Eureka Tower and much, much more. More importantly, that best part of year 6 is definitely the jumpers; because it is student-designed and it’s also very competitive due to many issues such as popularity and ones that are actually well-drawn! The jumpers are a really useful in the winter and to identify us as Year 6.

Inter-school sport is a very well organised school event where you can make friends and realise other people’s strengths within sport. It is also a very good way to keep active and compete against other schools in the Kew district.

This year’s action teams have also been really fun to participate in, most weeks, every action team would meet up and most of the time there would be something to do. The action teams are also fun because it’s another way to make friends within your team. The roles are very useful for the school and will always help our Year 6s to learn about leadership.

The billy cart program was also very fun, and it was a leadership program where you were randomly put in groups and you had to make a billy cart. Along with it, there were several roles, including Tech Director, Team Manager and more. These roles all came with several different tasks such as making a website for Tech Director, and putting the Billy Cart together for the two Mechanics.

The play shed is a fun way for the preps to Year 6 to use their imagination to build whatever they want. Normally, the Year 6s and Year 5s run it, and help the younger children to receive equipment. They also sometimes help the younger children to build, creating new bonds. This whole new program was aimed to make new friends, via grouping up with others that you don’t normally chat or hang out with. So far, many have enjoyed it, as they do say, more heads are better than one.

The school has developed a lot during the past years. From a new principal, new buildings, new play-grounds and the Veggie Garden. The gym was only built a few years ago, in 2012. The new buildings on top of the gym were included in the massive project. The new buildings have provided more space for more classrooms and a meeting place for staff. The new oval was also a huge project that we saved up money for just about under half a decade. It has been a very successful project which many students have enjoyed using the oval. The veggie garden has provided eggs and vegetables for the canteen.

We have had a great time at Kew Primary School from Prep to year 6. This adventure has sure been exhilarating and we have liked it very much. The development, programs and camps have been amazing.

By Taiyo, Eddie and Max