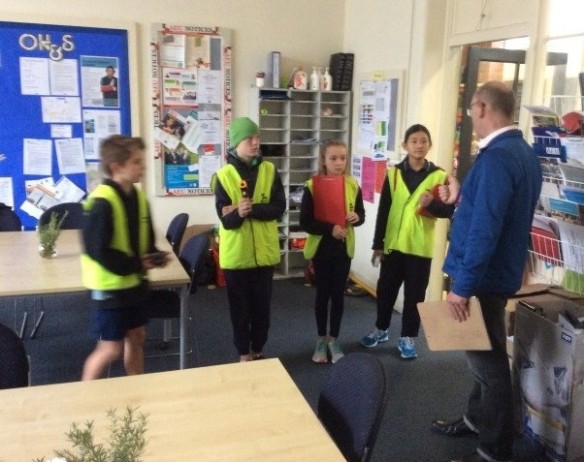 As part of our $10,000 Energy Efficiency Grant for Victorian Schools, Mark Smith from PlanetSavers Australia came to Kew Primary School to complete an audit. This audit is the first step in identifying energy waste and it also provided a list of costed recommendations that could see our school reduce energy waste by over 25%.
Sounds like a good idea? Well even better was the way PlanetSavers engaged with student leaders to first assist with the audit itself and then develop strategies and processes for the school to act.

The day started with a briefing from Mark to our student team consisting of Gleda, Alex, Paris, Angus and Sam. During the briefing the team discovered what data needed to be collected and how it would be collected. This involved using a lux level meter to record the lighting levels in each space and also a laser thermometer that could be pointed at any surface for a temperature reading. 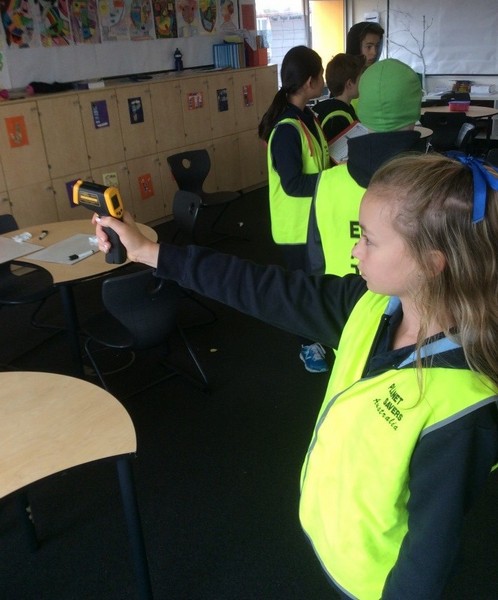 Time was then spent walking around the school and recording specific data in each classroom, office and other spaces. Lights were counted, various readings taken, lists of all heating and cooling equipment were collated and the extensive list of observations and recordings continued.

The main data that was recorded around the school was the temperature and the lighting levels. This is based on the typical energy consumption breakdown for schools as per this graph: 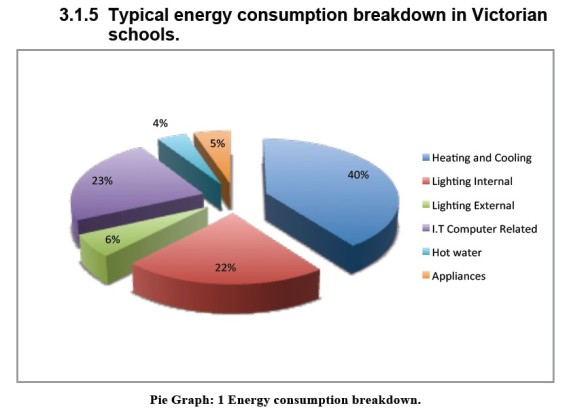 During the audit process Mark explained that overall there are two key factors that have a significant impact on energy consumption within a school:

Our Buildings & Grounds team will have a detailed look at this report. We will then seek a range of quotes for the works that will be of most benefit to our school and use the grant funding to implement them.

Most importantly though, the simplest and most effective option is to turn off the lights when exiting rooms. KPS will soon implement a student action program of turning off lights. This will reduce greenhouse gas emissions by an estimated 4.8 tonnes per year and have the added benefit of instilling staff and students with a culture of energy conservation.

The cost is nothing and the payback is immediate!