Schools take different approaches to Book Week – some do nothing to mark the occasion, others have week-long extravaganzas. Despite the costume hoopla we go through each year,  I’m very pleased that Kew Primary is at the ‘hard-core Book Weekers’ end of the spectrum and that we end Book Week with a parade of characters. I really, really appreciate the fact that our teachers are always in costume (it’s a serious business and I love that they all go to great efforts).

Now I’m a bit of a Book Week purist. If a character got their fame in the movie business (I’m looking at you Darth Vader, Woody and Elsa), then no. BUT if it’s Darth Vader, Woody or Elsa that makes your kid pick up a book, then who am I to judge?! (And I acknowledge that there are books about Star Wars,Toy Story and Frozen) *thud* (that’s the sound of me getting off my high horse)

I might be the only person in the world keeping a close eye on Book Week costume trends but it’s always a good reflection on what books have captured imaginations. Here’s a quick breakdown of this year’s parade –

On the out: Harry Potter, Zac Power and Fancy Nancy – in previous years you could barely move for all the Harrys, Zacs and Nancys.

Holding steady: Pippi Longstocking (because who doesn’t want wire in their plaits?), Cat in the Hat and others in the Dr Seuss crew, Maxx Rumble/ Specky McGee, Alice in Wonderland and Where’s Wally.

Emerging trends: Mr. Men characters, Hunger Games, Madeline,The Day the Crayons Quit and a swing back to the classics with The Lion, the Witch and the Wardrobe and a couple of Little Red Riding Hoods.

I shouldn’t play favourites but a few particular costumes caught my eye – a Green Sheep, a Geronimo Stilton, a Magic Faraway Tree and a subtle but delightful Are You My Mother? nest headpiece. 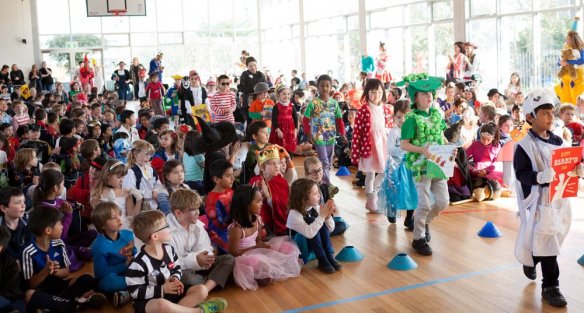 In our house we had one Timmy Failure, one Peekay (The Power of One), one 13-Storey Treehouse and one Eliza Boom. Three quarters of these costumes were assembled on the morning. I yelled a lot.

And so it ends for another year. Despite my best intentions to be more organised next time, I’m fairly sure I’ll be yelling at 8am on August 21, 2015 but one thing is for certain – they’ll be dressed as book characters.

Many thanks to Bethanie, Pink Images, for the fabulous photos. 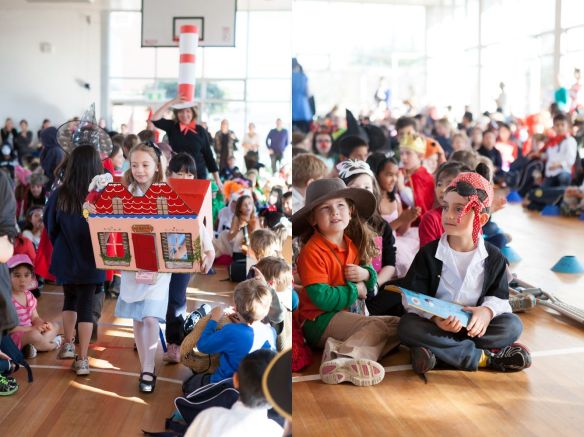 3 thoughts on “Book Week on Parade!”