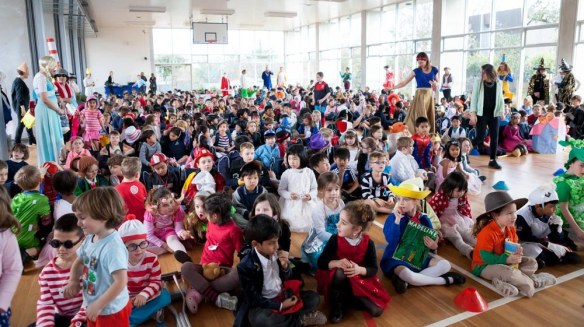 Schools take different approaches to Book Week – some do nothing to mark the occasion, others have week-long extravaganzas. Despite the costume hoopla we go through each year,  I’m very pleased that Kew Primary is at the ‘hard-core Book Weekers’ end of the spectrum and that we end Book Week with a parade of characters. I really, really appreciate the fact that our teachers are always in costume (it’s a serious business and I love that they all go to great efforts).

END_OF_DOCUMENT_TOKEN_TO_BE_REPLACED

There’s been one particular school activity this year that my kids have been busting to tell me about (all four of them, every week) – Kewriosity.

Kewriosity gave kids in each year level an opportunity to learn about all sorts of new things from how to knit and build a robot to busting myths and making animated films. Weeks of Kewriosity activity culminated in the Kewriosity Showcase and Alex St. Claire was there to see all the wonderful projects that have been keeping our kids so busy.

While an event ending in tears doesn’t usually tell a joyful tale, the story of the Kewriosity Showcase does indeed have a happy ending.

It was the ill-fated French Queen Marie Antoinette who prompted tears when Isabelle (Prep) discovered her tiny doll frame ensconced on a guillotine to represent her demise during the French Revolution. Why anyone would kill a beautiful golden-haired queen whose only crime was marrying whom she was told and possibly possessing a penchant for cake?

But this depth of feeling has led to lots of heartfelt discussion and that is what makes great learning experiences.

In fact, we had lots of at-home discussions around the Kewriosity showcase. END_OF_DOCUMENT_TOKEN_TO_BE_REPLACED

Ask an adult if they remember their favourite teacher and the answer is invariably “Yes”. My grade two teacher, Mr McLeish, left a lasting impression. At age seven, I was already a keen reader, but Mr McLeish made books come alive, particularly because he did different voices for different characters. Mr McLeish happened to have a very strong Scottish accent so although I couldn’t quite differentiate all of the character voices, I instinctively appreciated the fabulousness of what he was doing. He also created a ‘Book Nook’ in the classroom, complete with cushions and bean bags – so exotic in my world where classrooms were all about desks and chairs!

This got me thinking – who were our teachers’ favourite teachers and why? And who wrote that sensational, earnest letter in the picture above?! Here’s what they had to say – END_OF_DOCUMENT_TOKEN_TO_BE_REPLACED 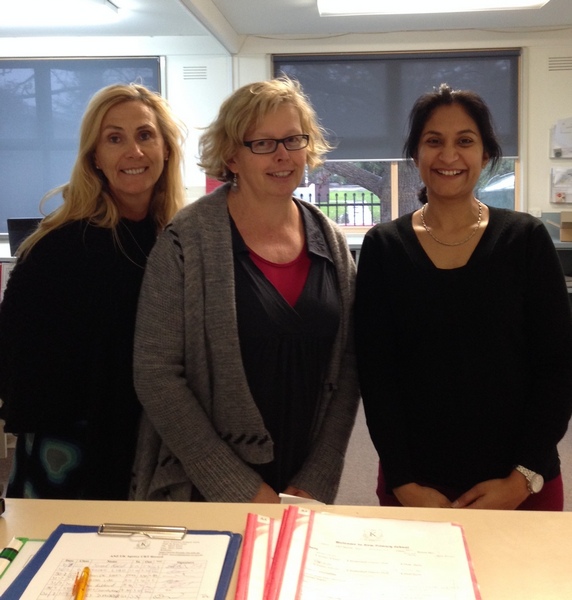 I seem to spend a lot of time at the front office at school: handing in forms, asking really basic questions or rushing in to pick up my boys when I occasionally run late (darn flat bike tyres!). But I do feel like it has taken me almost four years to really get an idea of how the front office works and I would like to introduce all of you to our wonderful team. END_OF_DOCUMENT_TOKEN_TO_BE_REPLACED