About 15 per cent of all girls and women will experience an eating disorder at some time in their lives – a massive epidemic: Raising Girls, Steve Biddulph

Last term, my daughter, Stella (Grade 4) was in tears when I picked her up from school. Her class had been talking about the food pyramid and as Stella is a very ‘fussy’ eater and doesn’t have a balanced diet she had assumed she must be unhealthy. I explained she was a healthy weight for her age, slightly taller than average and in good health generally.

I vaguely remembered Stella crying about the same thing the year before in Grade 3 and this got me thinking about self-esteem and healthy body image in my children. I wondered if the children were too sophisticated for this basic information. Was this information alone, enough? Are we underestimating our children? And do we need to start addressing positive body image at an earlier age? 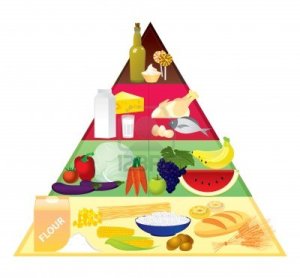 My neighbour, another mum, thinks we’re over thinking the whole thing; mostly we’re well educated, understand good nutrition and the need to be active, she says. Similarly, another friend suggested we need to teach our children about balance – input equals output. Our input (food) needs to be balanced by our output (activity and exercise). All very sound, sensible advice.

The problem is, we can’t control all of the influences on our kids. I can control some influences on Stella: what she watches on TV and what magazines are in the house but I cannot control the rest of the world.

Over Easter, Stella came to some of my gym classes with me. I exercise with a group of women in their fifties who are all exceptionally fit, trim, strong and, outwardly, healthy. During one of the classes much of the talk centred around one woman who had lost 5kg in the last week thanks to ‘the Dukan diet’. It was a ‘miracle’ and everyone was off to buy the book.

Another mum who has recently lost weight explained she had been ‘good’ since Christmas but ‘bad’ over Easter. (Can’t we cut ourselves some slack over Easter?) Stella was engrossed in this conversation and I was a little bit heartbroken. I guess I wanted Stella to know that your looks don’t really matter and it’s the old cliché of what’s on the inside that counts. I’m still sad Stella had to hear this conversation, and that I was at such a loss to explain the importance we place on our appearance. Why are we so obsessed with our weight? Why are we so ashamed of fat?

Recently, I was talking with our neighbour who will soon be attending her Year 12 formal soon and there was lots of discussion about dresses. I LOVE fashion and I loved looking with her for the ‘perfect’ dress. One afternoon, my neighbour was showing me some photos of what her friends had worn to their formal the year before. I was shocked at the appearance of one girl; she looked skeletal. Scarily thin. Unhealthily thin. I was more shocked by my neighbours’ comment that this girl might have had anorexia for a while. It was the casual way this sixteen year old referred to anorexia. Like saying she’d had a cold for a couple of weeks. Like I might refer to having a new handbag for a night out. I couldn’t believe that something I take so seriously was referred to so casually. Are eating disorders the new accessory?

Earlier this year I bought Steve Biddulph’s Raising Girls. I’ve never been into parenting books, but I think it’s fabulous. Biddulph writes with such compassion and empathy, never judging, just explaining and suggesting. 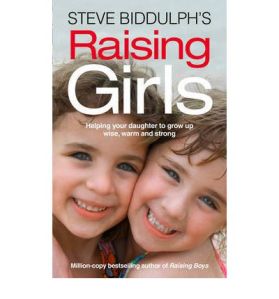 Raising Girls has a chapter ‘Body, weight and food’. Biddulph writes about Health At Every Size (HAES), about ditching Body Mass Index (BMI) and using other markers as a measure of health including blood pressure and heart rate: Two key principles are intuitive eating and doing physical activity that is joyful instead of focused on weight loss…We need to switch our focus to health, enjoying eating and physical activity…to go to bed at night feeling good for having engaged in health-giving behaviours, rather than beating ourselves up for not yet being a certain number on the scales.

Not long ago Mamamia published an article quoting the actress, Kate Winslet, who had posted the following on Facebook: As a child, I never heard one woman say to me ‘I love my body’. Not my mother, my elder sister, my best friend…No one woman has ever said, ‘I am so proud of my body…So I make sure to say it to Mia (Kate’s 12 year old daughter) because a positive physical outlook has to start at an early age.

Whilst I know enough not to draw my children into my own body and self-esteem issues (Do these pants make my bum look big?), it’s never occurred to me to say anything about how amazing our bodies really are. I don’t really give much thought to what our bodies are made for and capable of; I just assume they will keep on keeping on. And as for praising our bodies, that’s something new that I’ll try to take on board.

When I began writing this piece I had more questions than answers. Everyone I spoke to shared my concerns and was very passionate in their beliefs. There is really good help and advice out there, and I’ll try and work this in to my family’s everyday lives. And as a friend always says: Love the skin you’re in.

(At the time of publishing the author was eating her way through a bag of scorched almonds. But if no-one sees, it doesn’t count. Right?)