Last week I posted a blog about voluntary fees which prompted a lot of discussion. I think it’s been great to start a conversation amongst the school community about something that’s really important and that affects the future of our school.

In this week’s blog I’m going to try to summarise the conversations I’ve had, and the issues that have been raised with me over the last ten days. The range of opinion is broad, as you would expect, and I shall attempt to convey that range.

I’m also going to share some thoughts and ideas about how we, as a school community, can improve the situation in regard to voluntary fees and provide an even better learning experience for our kids.

I started this follow-up with a very interesting chat with Robin Grace about the demographic make-up of our school. While in many ways the Kew Primary demographic is similar to a number of surrounding schools, we are a little different from other school in the Boroondara area.

We are more culturally diverse than many, with over 22 nationalities in the school, and we have a slightly different socio-economic make-up. We have higher numbers of families on the Education Maintenance Allowance (EMA), a scheme of government financial assistance provided to low-income families.

We welcome a fairly constant flow of refugee families, families from local shelters and community housing and new arrivals to the country. We have a transient population of people coming from overseas and interstate, and we have a significant number of single parents and one-income families.

Robin estimates that these groups comprise somewhere around 15-20% of our school population. I’ll come back to this later.

It has been pointed out to me that last year many parents had to find extra funds to buy iPads and that this would have had an impact on people’s capacity to pay voluntary fees. Additional expenses were also incurred by some families who had to manage care of their children as a result of the teacher’s industrial action.

Some parents felt that it was important to acknowledge that families that weren’t in a position to pay their fees made a huge contribution to the school by volunteering for a broad range of activities instead.

A number or parents said they hadn’t paid their fees because they hadn’t got around to it/had forgotten/it had slipped below the radar and they were glad of the prompt to do so.

Some parents felt that the reason other schools had such a high contribution rate was because families at those schools were made to feel bad about not paying; that they were basically shamed into doing so. While there is certainly some support for this approach at Kew Primary, my sense is that the vast majority of people do not want to go down this path.

The low morale of the school in recent years, and a sense that the general communication between school and parents has not been as good as it might, were also cited as reason why people may not have paid. 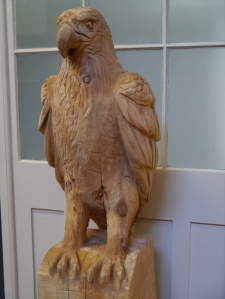 So where does that leave us?

I think we need to acknowledge all of that and start talking about change and improvement. I think we should begin with a realistic expectation of what we can achieve. According to our Business Manager, Faye Pattie, while we have currently received about 36% of voluntary fees, in past years this has reached around 50% by December.

Let’s assume that 15-20% of families are not in a position to pay, and that another 5-10% may choose, for various reasons, not to pay. I think – and Robin agrees – that we should be aiming for collecting somewhere between 70- 75% of fees. That’s basically an increase of 25% and that may take more than one year to achieve.

So let’s start to think about how we can effect that change. I’ve come up with a few thoughts and I’d love people to comment/email with others.

I started this discussion a couple of weeks ago by confessing I hadn’t paid my fees. I am one of those people who can afford it and haven’t because I’m slack. So this week I am going to pay the four levies for one of my kids: (Library Fund, $75, Grounds and Oval Maintenance, $65, Building Fund, $100, and Technology Support and Maintenance, Levy $50). In Term 3, I will pay for my second child, and in Term 4, for my third.

It’s not an easy issue this one, and there is a broad range of opinion. For me, I know that the school can’t do everything it needs on the money it currently receives and so I’m happy to pay. I know that my contribution will go some way to improving the daily experience for the kids and that’s important to me.

I saw a great quote this week:  I always wondered why somebody doesn’t do something about that. Then I realised I was somebody. Lily Tomlin

5 thoughts on “Fees and funding follow-up”